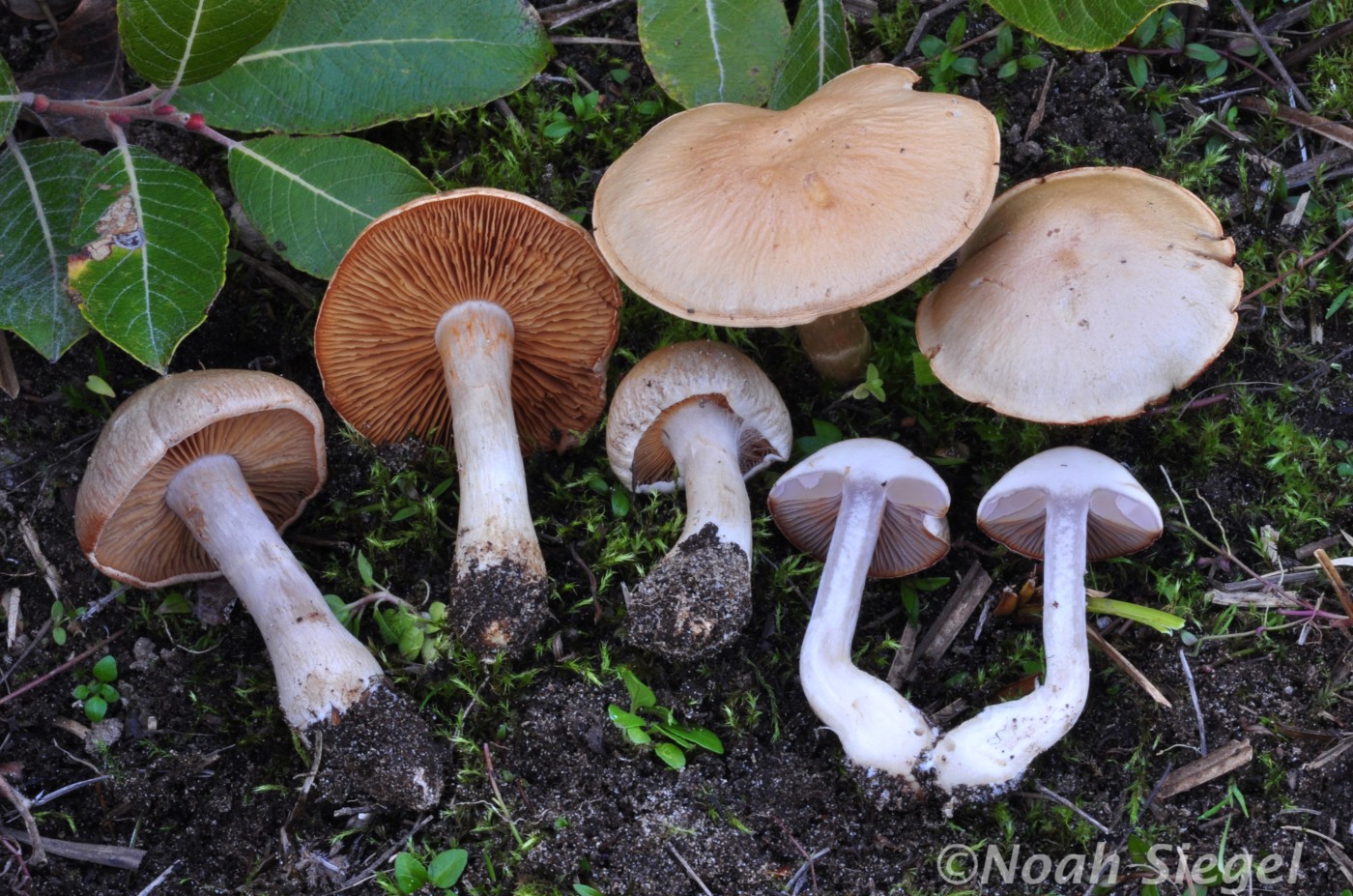 Note: This is a Peck species included in a recent Type study of Section Anomali. I refer you to their description until I have time to document recent collections more fully.

Named as the “white footed” Cortinarius, the species is distinct for being relatively large and substantial and having a distinctively pale ‘white’ stipe. There is some debate about the whiteness of this stipe – in that Alexander Smith separated out a local species he named Cortianarius caesiellus because although it was similar to C.albidipes it had orange-buff veil bands on the stipe, differentiating it as a new species. Genetic studies have now led to the two being synonymized. As you can see, Noah’s collection from OR has a relatively pale stipe without the strong veil zone’s in Smith’s photograph. Be on the lookout for both! It is widespread and occurs with a range of broadleafed trees, including in mixed conifer-broadleafed forests.

Dima, B. and Hakan Lindstrom, “Typification of Friesian Names Anomoli,” 2016.