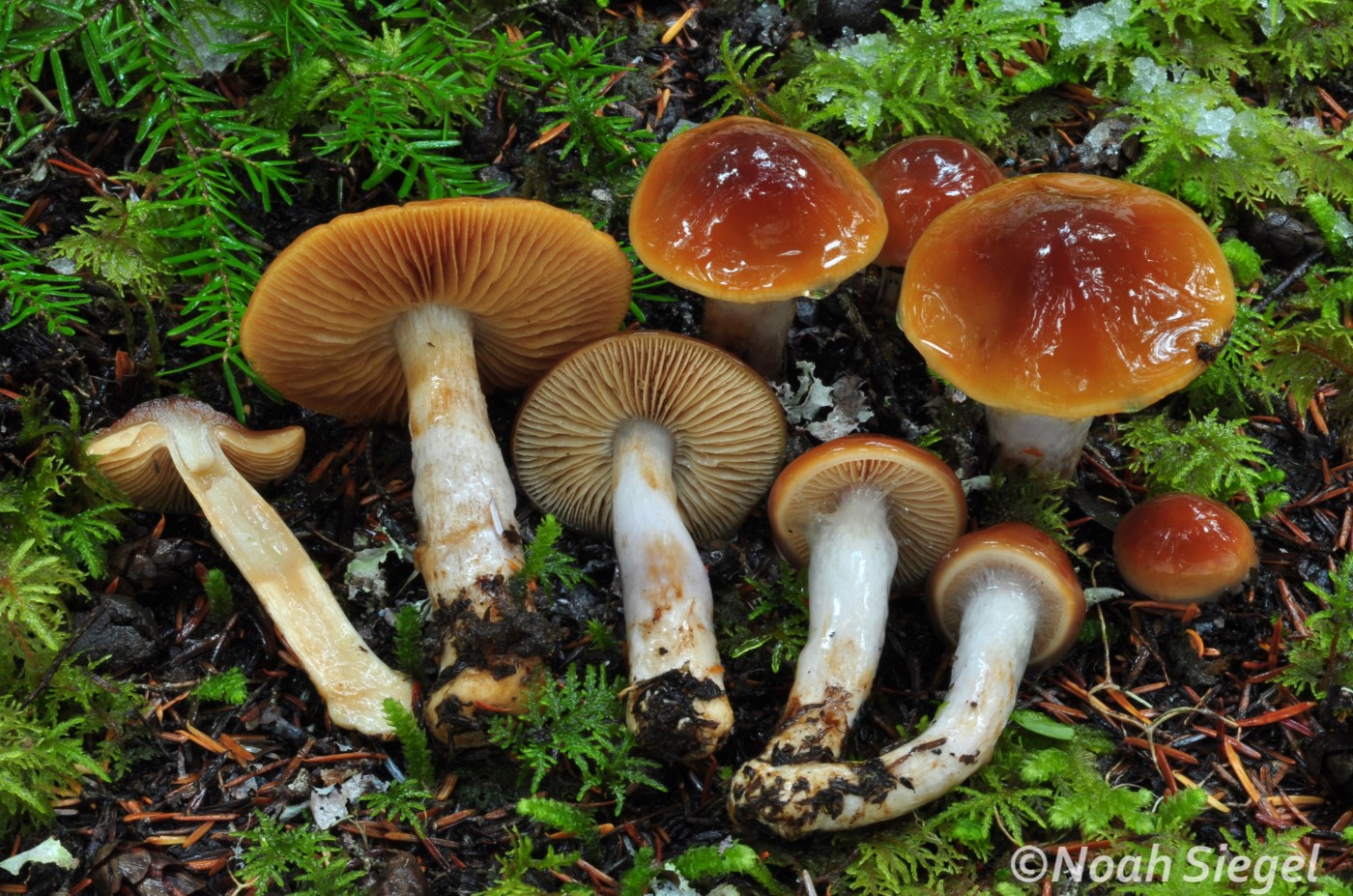 The concept of Cortinarius collinitus has a troubled history and we still lack access to a barcode of a neotype. However, we know enough to recognize and name a relatively common PNW species to ‘group’, while understanding that at least one similar undescribed species likely occurs here too.

There are several similar species in Section Myxacium: Cortinarius septentrionalis, mucosus and trivialis among them. Cortinarius pinguis is in the same section (note the lilac glutin sometimes observed on fresh collections) but is a secotiod species not likely to be confused.

TL:DR:
The trouble with Cortinarius collinitis occured due to a lack of consensus over the legitimate name for a relatively common and well known species. The original description by Sowerby appears to have illustrated a different species (see Bendriksen et al 1992 and 1993 for summary). Gray transferred the name from Agaricus to genus Cortinarius, but his description was scant and referenced scales (girdles) typical of Cortinarius trivialis.

Fries included the species in his Systema Mycologicum (1821), also references features that made the concept ambiguous (broken scales on stipe, violet gills, similarity to A. caperatus)

As mycologists debated the concept of the original description – new species sub-species, and varietals were published ultimately complicating the situation, since several of these appear to be synonyms (see Smith 1944, Bendikson 1993). Some ‘forensic’ taxonomy has been done to try and resolve the problem but a neotype has not yet been published, and synonyms are not yet accepted in all circles.

All pictured collections have identical ITS. They map to C. collinitus UC-F17113 on Soop’s tree and AY669588 on Genbank, which is the same species Garnica et al (2005) designated as C. collinitus in their phylogentic classification of the genus. Note the second species ‘C. collinitus II‘ also in the section.

Sigisfredo Garnica et al., “A Framework for a Phylogenetic Classification in the Genus Cortinarius (Basidiomycota, Agaricales) Derived from Morphological and Molecular Data,” Canadian Journal of Botany 83, no. 11 (November 2005): 1457–77, https://doi.org/10.1139/b05-107.